They only went and did it! Our pyka_hack schools have launched their exciting new app at Tate Britain.

What a journey. As we reached the climax of the summer term, 100 learners and staff from South Wales joined us at the world famous Tate Britain to launch something very special indeed. All of their efforts throughout this school year had finally resulted in an exciting new creative tool, and it was time for them to unleash their digi-punk creativity on the world.

But how did we get here? Let's go back to the end of 2017, when 5 schools from South Wales were enrolled at our company as part of this year's pyka_hack, to work for none other than Tate. The Tate Digital Learning team set this year’s schools the challenge of developing a digital tool that would provide people around the world with a new and exciting way to creatively engage with some of the world’s most famous artworks in Tate’s digital collection.

Before our learners began to tackle the design and development of their app-in-waiting, they underwent training to become digi-punk artists. As part of this, they were encouraged to think differently and tolerate uncertainty in preparation for what would be a very challenging task indeed.

Firstly the learners tested the apps developed by previous pyka_hack recruits to get a sense of the kind of things that can be achieved on this project. This intro activity also helped them begin to make their own personal connections with the various roles required as part of this journey. Following this, they conducted market research and tested a wide variety of creative visual editing tools currently available on the market. Then, they used artworks from the Tate collection to explore different forms of visual creativity, including glitch art, meme creation, collaging, and even 3D manipulation. At the end of Sprint #1, each of the schools showcased all of their digi-punk creativity via their own pop-up galleries and documented these events in order to share their explorations with the Tate. 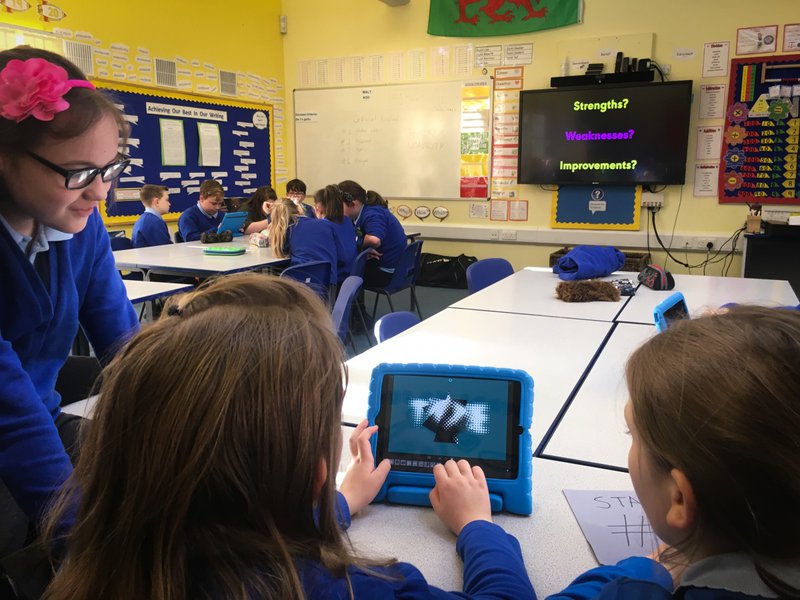 After a tremendously successful first sprint, we returned in the summer term for Sprint #2 where the learners jumped straight into the app development phase of this year's pyka_hack. Reflecting on their explorations and utilising the skills they acquired during Sprint #1, our digi-punk rebels would now respond to the app development brief set by the Tate digital learning team.

As a direct response to their pop up gallery showcases, our learners were presented with a prototype app which featured all of the creative processes they explored and presented during Sprint #1. Firstly, Tate wanted our learners to experience these processes in digital form, and decide which of the creative processes they felt had the most potential for interesting flexible creativity. The decision was unanimous. After critically evaluating glitch art, collaging, and meme creation, our digi-punk artists decided that collaging would lend itself well as an interesting way to engage with artworks from the Tate collection. Not only this, but the potential of collaging seemed exciting to everyone once it was taken into the limitless realms of a digital platform.

"What if a user couldn't run out of images to cut out?" "What if users could make the collages move?" "What if we created a digital space for user creations to exist away from their own device?"

With this spark of excitement, our digi-punk rebels embarked on the crucial steps of taking their prototype app through to a fully fledged version 1 in time for their grand launch event at Tate Britain. With a clear creative process now in mind, our learners began to design the environment in which this process would sit. Here they considered what surrounding functionality and features would maximise the creative potential they saw in the world of digital collaging. Our schools splintered off into dedicated teams, each taking responsibility for developing a strand of supporting functionality.

Llanfoist led the way on designing the visual identity for their app. Responding to the nature of their training in Sprint #1, they designed moodboards that followed a digital-punk aesthetic. Gathering images, buttons, shapes, colour schemes, textures, and fonts, they quickly established a visual identity which they felt reflected the spirit of their involvement with the Tate and also represented the nature of user creativity that would take place using their finished app. Mindful applications of a digi-punk aesthetic also extended to the naming of features within the app, using words like 'destroy' for common functions like 'delete'. On top of this, they began to rationalise how these visual ingredients would be utilised to create the visual assets for their app:

"If we're making a collaging app, then the buttons and text and menus should look like they're collaged as well." Learners at Llanfoist Fawr.

Meanwhile. Trellech Primary led the ideation of the online public gallery which would sit both inside, and outside of their app. From very early on in the project, many of the learners involved in this year's pyka_hack were keen to make sure that anything created using their finished tool was given a unique platform to exist on away from their device. So Trellech began designing just that; a digital online museum where user's collages could be viewed by anyone in the world. While developing this our learners decided that this digital gallery would also help provide motivation for users to engage with the app more deeply. They decided that adding 'steal and switch' functionality would provide a sense of rebellious competition, as users would be able to take an original artwork, remix it, and resubmit it back into the digital public gallery, replacing the previous artwork and allowing users of the app to visually transform the original gallery:

"Letting users transform the public gallery would make our app feel like a game, as well as a creative tool, which would make people want to use it more." Learners at Trellech Primary School. 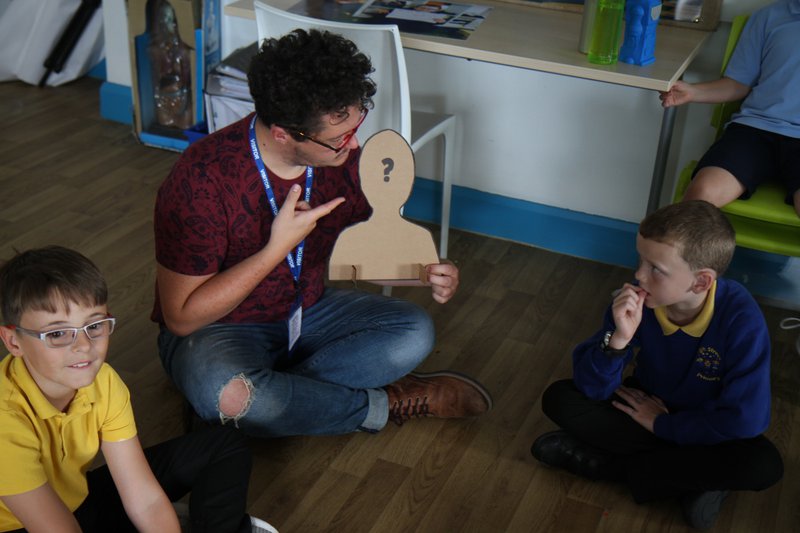 Finally, Cadoxton, High Street, and Ysgol Y Ddraig were given the very sensitive task of dealing with user data and artwork metadata. Because the app would be pulling down artworks from Tate's digital collection, it would also be pulling down metadata attributed to those original artworks. Such things as the original artist name, artwork title, and year of creation had to be considered when using these works in the app. Alongside this the learners also had to consider the users data - how could users be credited for their work? How could they feel a sense of ownership, without the risk of submitting sensitive information that members of the public would ultimately see? For this task, both Rebbecca Sinker, and Saskia Mercury from the Tate Digital Learning team came up to South Wales to support the learners in exploring this. Through a careful filtering process, the learners finally decided on the minimum required metadata that would effectively and fairly credit the original artists, but also provide users with a safe way to differentiate their digital collages from other users' work on the public gallery:

"Users shouldn't add their actual names or locations because this wouldn't be safe. That information wouldn't really be needed to help users feel like they own their creations. Instead, we could use nicknames, or make the app create usernames on its own." Learners at Cadoxton Primary.

Then came the final stretch. Fueled by high levels of enthusiasm, excitement, and gut stretching effort they designed, presented, sketched, coded, tested, debugged, and polished their way to a final product...

...and then the day finally arrived.

Our digi-punk rebels beat the sunrise and headed down the M4 direct to Tate Britain. And in the presence of all of the original artworks they'd been working with so closely over the last few months, they pushed their plungers and launched their exciting new app:

Mishmosh is a digital collaging platform that lets you remix the creative work of some of the world’s most famous artists. Users are able to create unique digital artworks using components from over 600 artworks from the Tate collection. 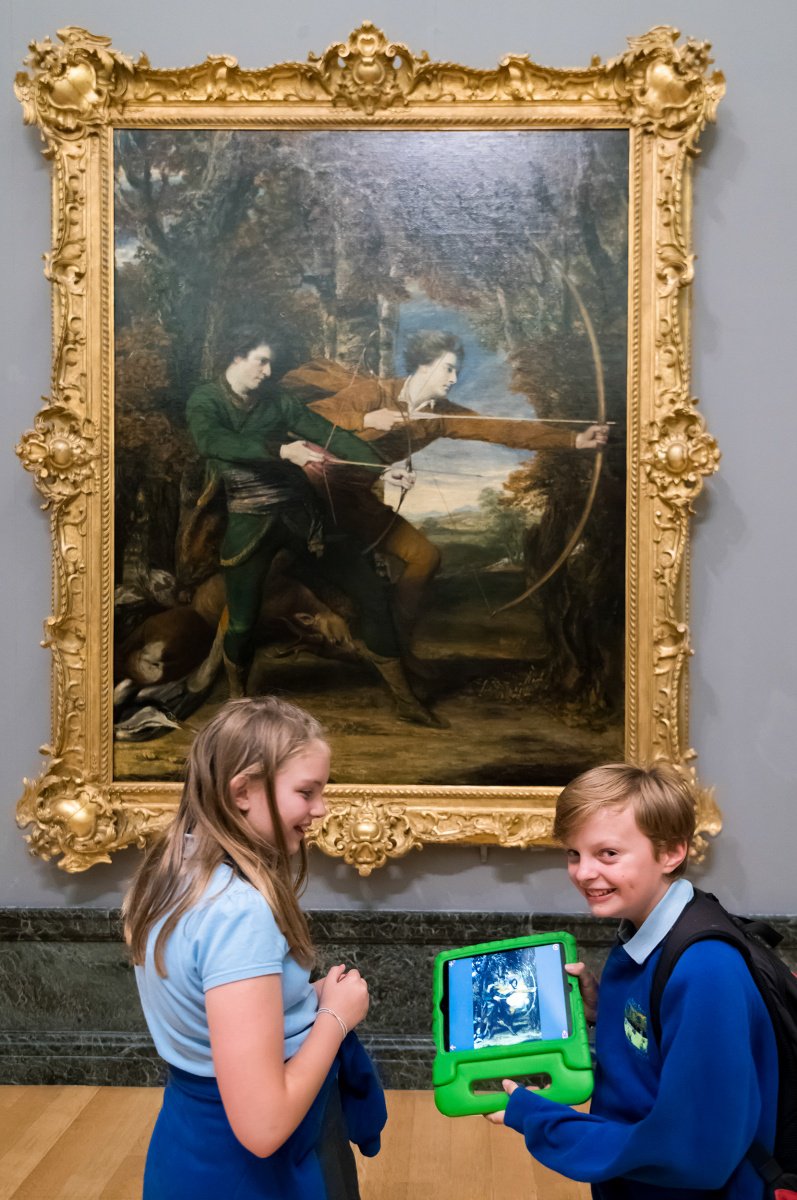 To mark the start of the new school year we will be running a Mishmosh feature showcasing all of the tools, tips, and tricks of this wonderful digital collaging platform, so watch this space!

However, for now, we'd like to take this chance to thank everyone at Tate for providing the schoolchildren of Wales with the once-in-a-lifetime opportunity for them to prove their creative worth and apply their education to a meaningful real-world challenge.

...and to all of this year's _hack schools: Cadoxton Primary, Trellech Primary, Llanfoist Fawr, High Street, and Ysgol Y Ddraig, we couldn't be more proud; you are true digi-punk artists.

If your school is interested in getting involved in pyka_hack 2019, then please contact us for more information.